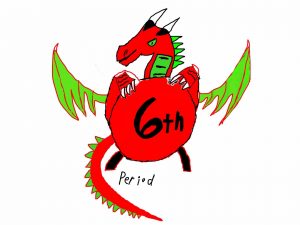 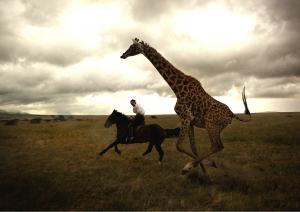 How you ever known you could do something great but were never given the changes? This was Geophphery Giraffes problem everyday as he sat in the stands of the horse races. He knew that he was not only good enough to compete, but to win.

Leaving the races that afternoon, Geophphery bumped into Hunter Horse, the top runner, and Evelyn Elephant, the host of the races. Geophphery expressed his craving to be in the races and they immediately laughed as if he were joking. After realizing Geophphery wasn’t laughing, Evelyn offered him a spot in the races as her own personal joke.

The next day at the races Geophphery  preparing himself for the opportunity of a lifetime. He was running alone but heard the jockeys telling their horses to get ready and giving them tips. He closed his eyes and listened to their words words carefully. Hunter and his jockey were going to find a way to get rid of Geophphery. BANG! The gun fired, the stall door opened, and they were on the run…..

My life has taken many paths. I grew up in Farmland, Indiana and graduated from Monroe Central High School in 1979. Yes I know that seems like a long time ago to most of you. After I graduated from High School, I went into the U. S. Navy. Not a lot of women enlisted in the Navy back then. Boot camp was still segregated (that means there were only women in my boot camp) and yes, boot camp is as bad as they say it is. I survived though and began seeing a little more of the world than just our lovely corn and soy bean fields of Indiana. I was an advanced avionics technician and worked on F14 Tomcat jets in the Navy. Back then women couldn't go on ships but I was stationed in Bermuda for a little over a year. Bermuda is beautiful and the people are warm and friendly. I married my husband while in the Navy and we eventually moved to Minnesota.

Powered by WordPress | Hosted by Edublogs | Protected by CloudFlare